When people ask us what is the charism of the Congregation of the Holy Spirit, we tell them that we are missionaries and educators, following the example of our founders, Claude-Francis Poullart des Places et Francis Libermann. As a matter of fact, we have very diversified commitment. What we have in common is the readiness to leave our own country and becoming one with the people who welcome us in a remote country, far from home.

In Asia, the Spiritan presence is still very limited, in comparaison with our presence in other continents. In 2015, we have six confreres in Taiwan, two confreres in India (and five local candidates), some confreres in Pakistan, four confreres in Vietnam (and 30 local candidates, including 12 professed) and 12 confreres in the Philippines (and three local professed). Our numerous commitments, the distance between the countries where we work, the different local languages are so many obstacles that prevent us to collaborate with each other as much as we would like to.

Living for eight years in Vietnam, I travelled several times to Taiwan, but I never went to India or Pakistan. Regarding the Philippines, until a few months ago, I only knew Manila and its suburbs. This year, I spent the lunar new year holidays (February) in the Philippines and stayed there for two weeks, with two goals in mind: to visit our Vietnamese students doing their theology in the capital, Manila and to visit the confreres doing pastoral in the South of the Archipelago. 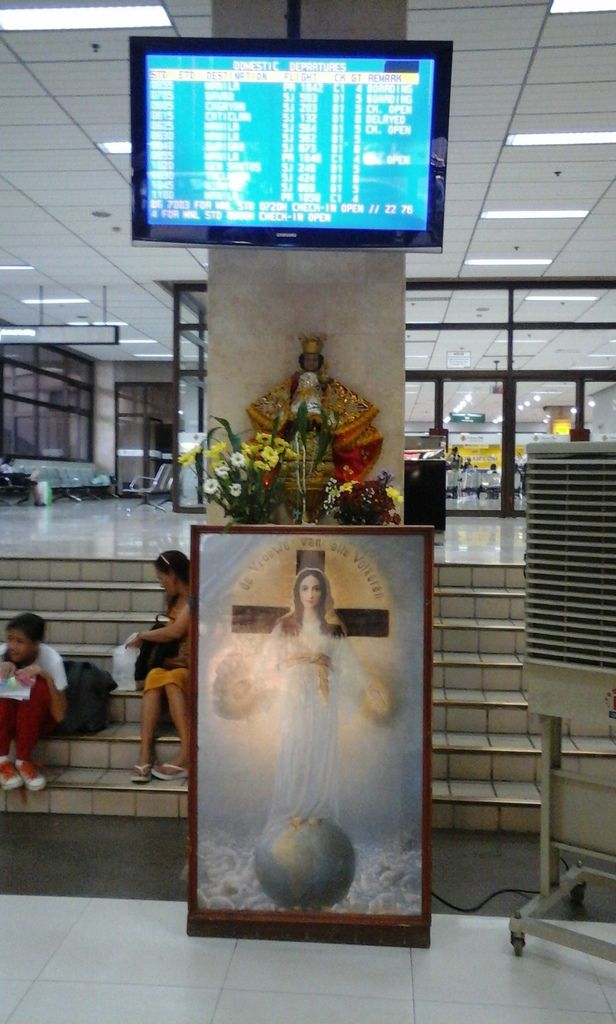 The Philippines, a country where 90% of the population is Christian. Already at the airport, there are images of Jesus and Mary. And when you introduce yourself as a priest, you are treated like a VIP, what a change in comparison with Vietnam !

In order to please my hosts and due to the generosity of our Vietnamese benefactors, I flew with 17kg of food in my luggage ! Coffee, pastry, rice cakes,… I brought these gifts to Manila to celebrate the Vietnamese Lunar New Year with the community of theology. Once arrived, I was happy to meet again Fr.Dan (American, working in the Philippines for the last 17 years and currently the superior of the community of theology), the two Filipino students (just back from their missionary stage in Seychelles Island and Mauritania), and our Vietnamese students based in the country for one year and a half already, doing their theology studies. To say the truth, I did not know how they were doing there and it worried me a bit. To live in Manila, especially for the Vietnamese,  is a big challenge. It is their first experience abroad, in a very different culture. They do their studies in English, which is very demanding. They live in a huge crowded and polluted city of 17 millions inhabitants !  Actually, I was very impressed by the way they warmly welcame me ! I stayed four days with them. I had chance to visit the two schools of theology where they do their studies, one run by the Scheutist, the other by the Jesuits. We celebrated the New Year in a simple and nice atmosphere. They had invited other foreign guests, from Congo, Indonesia and Vietnam. We celebrated Tet Lunar New Year with good food from Vietnam and nice guests from all over the world !

I am happy to see that our Vietnamese seminarians adapted well to their new country. It demands courage and perseverance and they do all their effort to succeed.  It is an encouragment for me as formator to see that they are doing well. They benefit from the good training they received in Vietnam.

After this short stay in the capital, I flew to the South of the Philippines, to Mindanao,  and Cebu islands. Mindanao was my first destination. It is known for the tensions between the independentists armed fractions who generate insecurity among the local population. Luckily, I did not feel that tension. People are nice and it is good to be there. The Spiritans working there are from Nigeria. They were all extremely welcoming and I had a very good time with them. I could see that their work is very different than mine. Some of them live in the countryside, where most of the population is very poor. In the Philippines, only a few very well-off families own huge lands where very poor families live. The poor are not allowed to build concrete houses. Their wooden houses are very fragile and easily destroyed by the regular deadly tyfoons. The last one in 2013 killed 3000 people. The countryside is very beautiful but the living conditions of the people remains difficult.

In the Philippines, 90% of the people are christians, so the Spiritans are busy with pastoral work, masses and administration of the sacrements. They also carry on social projects, in collaboration with French volunteers. One volunteer is living in the Spiritan community and help them in supervising the rebuilding of houses devastated by the tyfoon (150 new houses are being built !) and the sponsorship of poor children. A french couple, hired by an NGO called Life project for Youth, is engaged in the training of blind young people and prisoners, preparing them to find a decent job. The Spiritans run a kindergarden. The wall of the school was painted by one of our Vietnamese brother, Vũ, nice job isn't it? Life Project for Youth is active in the prison. They provide training, formation and salary for the prisoners to facilitate their reinsertion in the society when they leave the prison.

Other confreres work as chaplains in hospitals or at university. Most of the confreres are fluent in the local language and they are very appreciated for their pastoral commitment. Even if it always difficult to live as foreigner in a country,there are some similarities between African and Asian cultures that facilitate the insertion of the confreres. Here and there, families are big, most of people are originated from the countryside, the urban immigration is huge and generates lots of problems. The living conditions in the countryside and in the city are difficult. The Spiritan group is stable. Some confreres are working in the country for the last 17 years ! However, they lack of cohesion. Financial solidarity and common goals could be fostered. The spiritans are scattered in different islands, and each local spiritan community manage his own mission by itself. But there is willingness to reinforce collaboration between all the confreres. A common project is being built, which is to restart a program of formation for Filippino candidates willing to become spiritans. For us in Vietnam and for the future of the Congregation in Asia, it would be a very good news if new young candidates were joining the Congregation, starting a discernement to missionary and religious life. 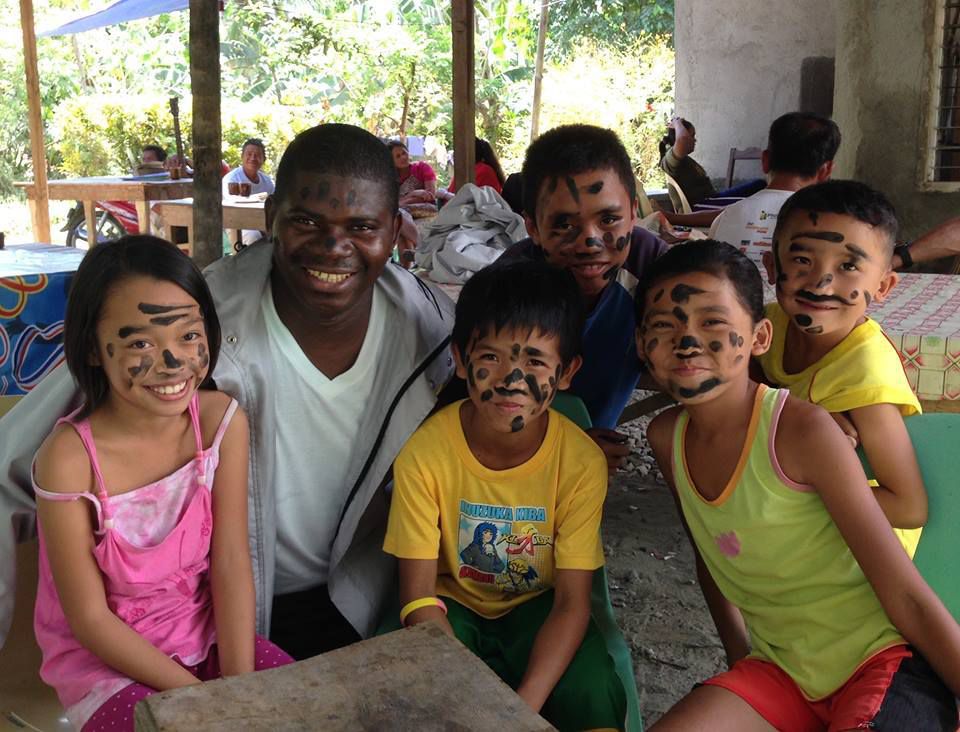 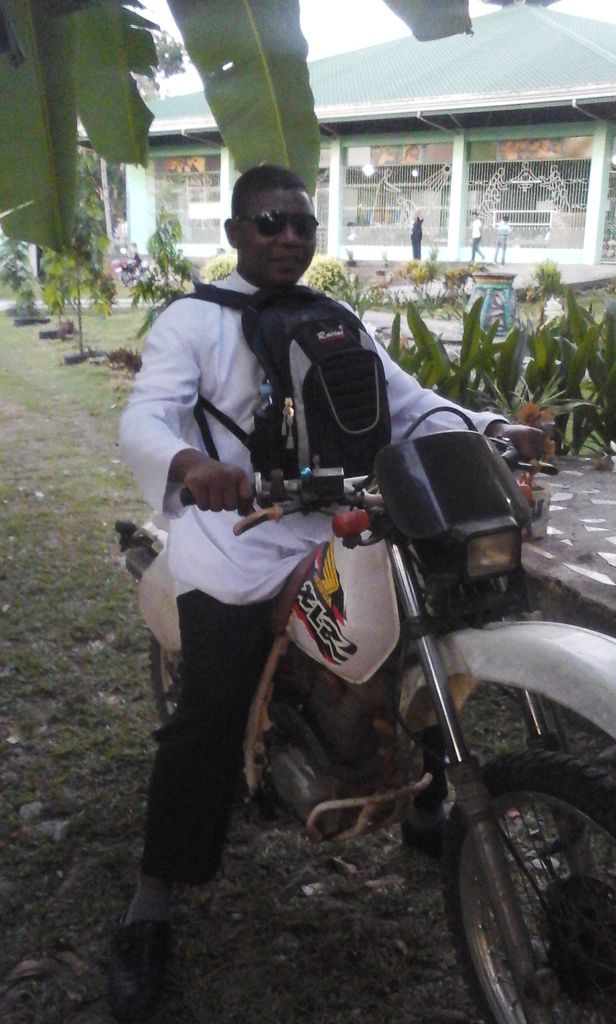 The confreres (here, Fr.Bem and Matthew) are very dedicated. It is not easy to work in the countryside, but they are doing very well and people are grateful to them.

Thanks to all the confreres who welcame me so generously. I really felt at home and it reminded my years of formation in Portugal, when I was living with many confreres coming from English, French and Portuguese speaking countries of Africa. Hopefully some confreres in the Philippines will also come to visit us in Vietnam. You are very welcome ! A blog written in Vietnamese? Not for now...Anyway, the articles published in this blog are usually in English and in French. Up to you to choose your language!